The eerily beautiful eco-film ELEMENTAL covers a lot of ground â and water– especially in two places that are wretchedly polluted â NorthernÂ Alberta’s oil sands (we’re hard pressed to find adequate words to describe such a massive, hideous + lethal messâ¦) and India’s holy, often hellishÂ Ganges River. From these awesome/awful backdrops, three persistent human beings show up,Â determined to put things right in our brokenÂ relationship with Mother Nature (who always – with the tip of our cap toÂ the brand new baseball season! – bats last. While the colossal open-pitÂ oil sands and India’s most famous river may seem beyond redemption, twoÂ plucky activists decide that it’s never to late, and forge on. We alsoÂ meet an observant inventor who finds promising remedies to pressingÂ environmental problems by imitating natural designs, and then – theÂ hardest part – seeking the $$ millions to get them to market.

Above all, this film stands as an inspiring example of what committedÂ individuals can do in the face of daunting odds. (Imagine what we mightÂ achieve if we all worked tirelessly AND together!)

â¢ SAVE THE DATE! Our last film is on Wednesday, April 23 – GMO OMGÂ FAST FORWARD 2014 is a series of award-winning environmental documentariesÂ brought to you by the Climate Change Action Group of Erin in partnershipÂ with Transition Erin and six passionate community sponsors! 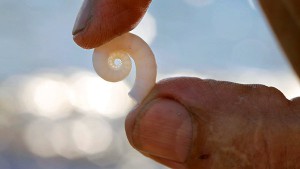 This entry was posted in Events and tagged Environment, Events. Bookmark the permalink.

This site uses Akismet to reduce spam. Learn how your comment data is processed.